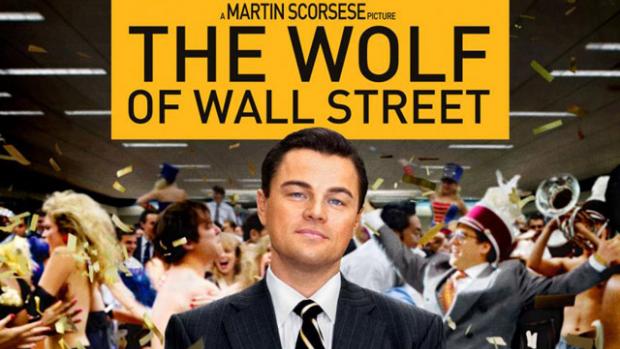 The Wolf Of Wall Street

Last night I watched the new movie The Wolf Of Wall Street and I wanted to provide my review of it. I can honestly say this is one of the funniest and most outrageous movies that I have seen in along time. I would not be surprised if Lenardo Dicaprio receives many rewards for this movie. Now the fact that I am a full time trader, and completely addicted to the financial markets certainly plays a part in my great appreciation for this movie, but the truth is I went to see it with 3 other females who have no interest and no idea about the stock market and penny stocks and they also thoroughly enjoyed it. I believe anybody that likes to laugh will enjoy this movie.

The movie was 3 hours long and I thought this was a good length however they apparently cut it down from 4 hours! I also read Jordan Belfort’s book The Wolf Of Wall Street as well and although a some parts would missing from the movie, they managed to keep the storyline in tack. If you are easily offended or a conservative person that is bothered by sex scenes and drug use, I would advise you to avoid this movie. This isn’t a movie you will want to take your kids to, or a movie you want to watch with your family but if you aren’t a conservative person you really should not miss this.

The rumor was that the movie boiler room (which came out a decade ago) was written as a side story to the the Wolf Of Wall Street. This makes a lot of sense since both took place in long island way outside of Wall Street. Spoiler Alert: The premise behind the movie is about a guy that goes to work on Wall Street as a broker who loses his job an ends up answering an ad for a job as a broker at a company in Queens, NY pushing penny stocks to suckers. Not long after this same guy named Jordan Beflort, who is played by Lenardo Dicaprio, goes out on his own and starts his own brokerage company Stratton Oakmont. His firm becomes extremely successful and it soon starts bringing in million of dollars of illicit profits by selling worthless penny stock scams to blue collar people who were looking to get rich quick. Later the company starts issuing IPO’s and their success and popularity continues to increase. Eventually Jordan Belfort’s time comes to an end and he winds up getting indicted on many charges and eventually lands in prison. It was a lot of fun watching this movie and I truly wish that the movie companies would stop pushing out all of these garbage movies and instead focus on more quality movies like Martin Scorsese has done with The Wolf OF Wall Street.

The funny thing is that all this took place in the late 1980’s and early 1990’s, yet after all this, to this day there are still people pumping these useless penny stocks because there are still suckers who are dumb enough to “invest” in these penny stock scams. I am thankful that con men like Jordan Belfort still exist today because the efforts of these people is still honestly why penny stocks rise and fall. In some ways it’s quite sad that a guy like Jordan Beflort got away with over a hundred million dollars and only went to jail for 3 years but the fact is our government allowed this. The dynamics in the penny stock market  have shifted a bit from brokers pushing stocks over the phone to stock promoters pumping through emails or paper flyers sent through the mail, but a lot of things are still the same. My same trading system that I created a decade ago still works today better than ever so if you want to get started you really should check it out.