Check out the link below for an older article created by Businessweek Magazine regarding penny stocks and the players involved in this crazy market. It’s a bit long but its a really eye opening article that explains how the penny stock market actually functions. Although this article is 15 years old I guarantee this is the exact same type of stuff that goes on today in the penny stock market. In fact I know for a fact because I profit off the same patterns and methods today, yet I do it legally and these people mentioned in this article did everything illegally.

As you will read about in this article there are many shady individuals involved in the penny stock market and it does not make sense to “invest” for the long term in these scam company’s, but holding for the short term like these people did, can make you huge money! You have to be smart and start to understand how the market really works to be success at timing the penny stock market.

Although it is true some of the methods have shifted from for instance cold calling suckers to convincing them to buy penny stocks  through email “pump” newsletters, a lot of the same practices are still being used by stock promoters today. Yes regulations changed and the SEC eventually cracks down, but the market players devise a new means of bending the rules and stealing billions from unsuspecting individuals in the penny stock market.

The Wolf Of Wall Street 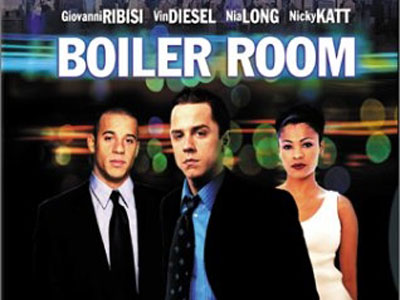 A Legend That Ruled The Penny Stock Market

Jordan Belfort, whom was also known as the Wolf Of Wall Street was actually mentioned in this article. This guy made several hundred million dollars in the late 80’s and into the mid 90’s utilizing pump and dump schemes in the penny stock market. He wrote a book called the Wolf Of Wall Street after he was released from prison for stock manipulation and a whole other mess of securities violations. Although I don’t like the idea of giving the guy money, his book was a quite entertaining read. They are actually coming out with a movie sometime in 2013 based on his book called the Wolf of Wall Street which will be featuring Leonardo Dicaprio. Apparently the movie Boiler Room from about 10 years ago was actually based on the brokerage office in Long Island which Jordan Belfort owned, however this new movie will actually be about his life.