TheStreetsweeper.org released an alert on CYBX today. These guys uncover what they believe to be fraudulent companies and they release to the public. Their article can be found at here. I shorted 2000 shares at 9:51:10 at a price of 45.61. I covered 1000 shares at $44.61 and then I covered the rest at $45.00 when the stock failed to make a lower low. Normally the stocks they release alerts on get slammed harder but this stock did not.

If the research that they released is accurate, the stock will get hit hard over the next few weeks, however I don’t like to hold long term personally, especially in volatile stocks like this. As I have mentioned in the past when these guys release a report the stocks of high priced, stable and legitimate companies, can start to trade like low priced penny stocks. I like stocks that really move because my technical trading system can tell me exactly when to enter and exit for maximum profits. Most people shy away from these type of stocks but I am not most people because a majority of people that try to time the market end up failing miserably. 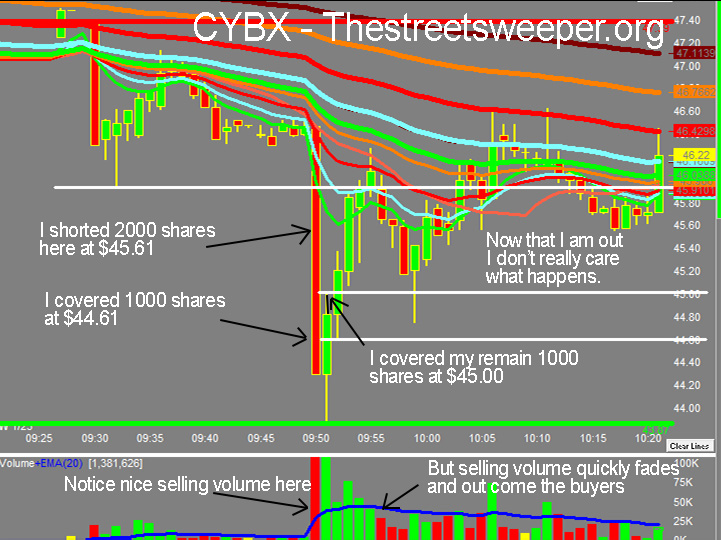